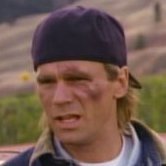 Top Posters In This Topic

I got brand new Nissan Fuel Injectors Old Stock NIB. If are interested drop me a PM. These are for your car.

Didn't know you were making a track legal car? If you're doing Drivers Edge or a PCA driving school they have lax safety standards... If you wanted to do some sort of club racing or SCCA/NASA I think